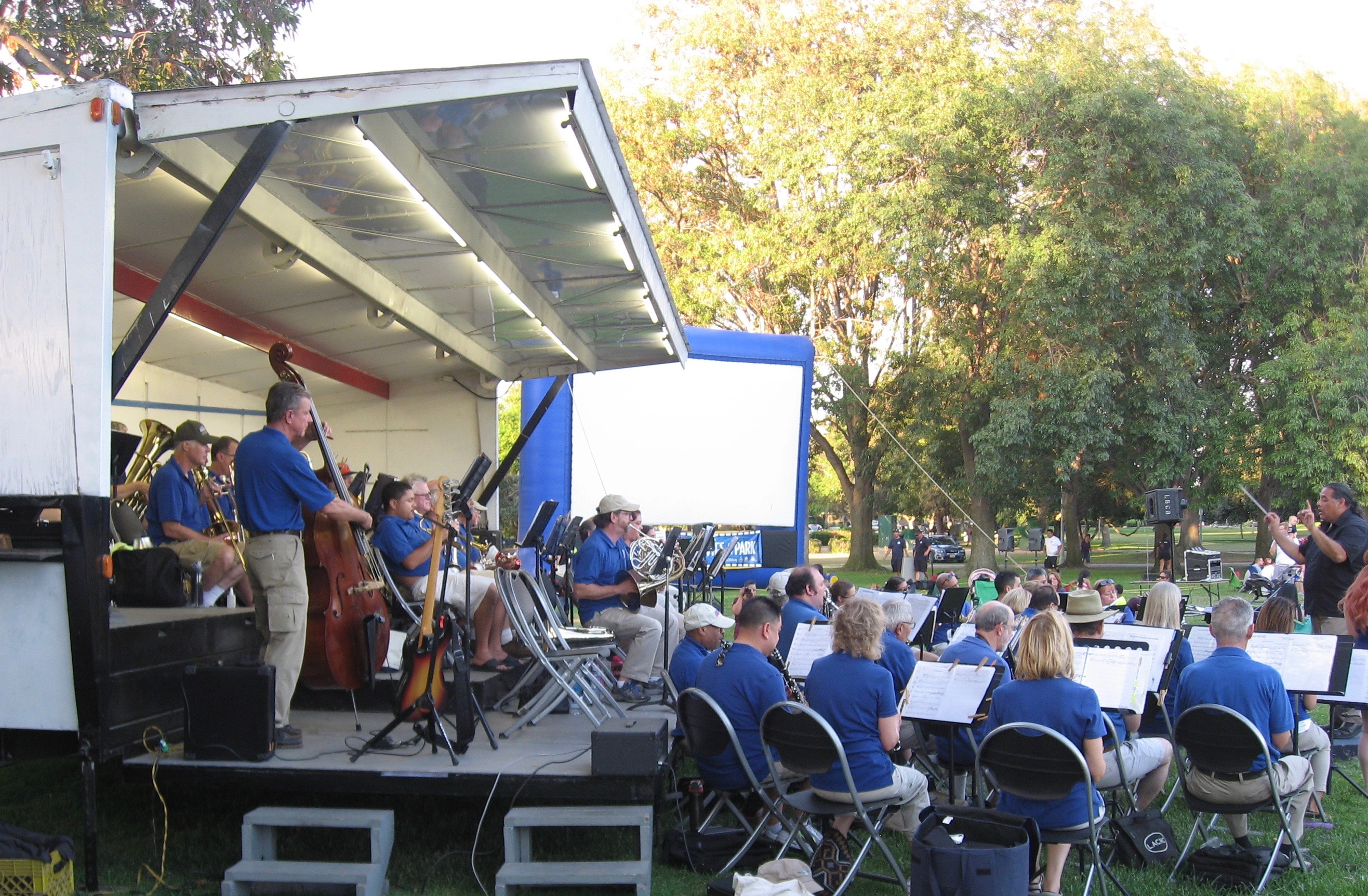 The Showmobile is our 32-foot portable stage, manufactured in 1961 by the Wenger company for the Long Beach Municipal Band so they could perform at outdoor locations that had no band shell or stage. At the time it was an innovation, and Wenger went on to manufacture many of these for bands across the United States, all based on this original design. At this time we know of two other Wenger portable stages still being used in California.

When the Municipal Band went to a a part-time schedule and changed format in the 1980s the City of Long Beach gave the Showmobile to the Community Band. Since then we have maintained the Showmobile, also making minor improvements, most recently replacing the old trailer hitch with a gooseneck truck hitch, much safer for a trailer of the Showmobile's size*, and replacing the heavy plywood skin of the giant side door with much lighter and more durable aluminum.** 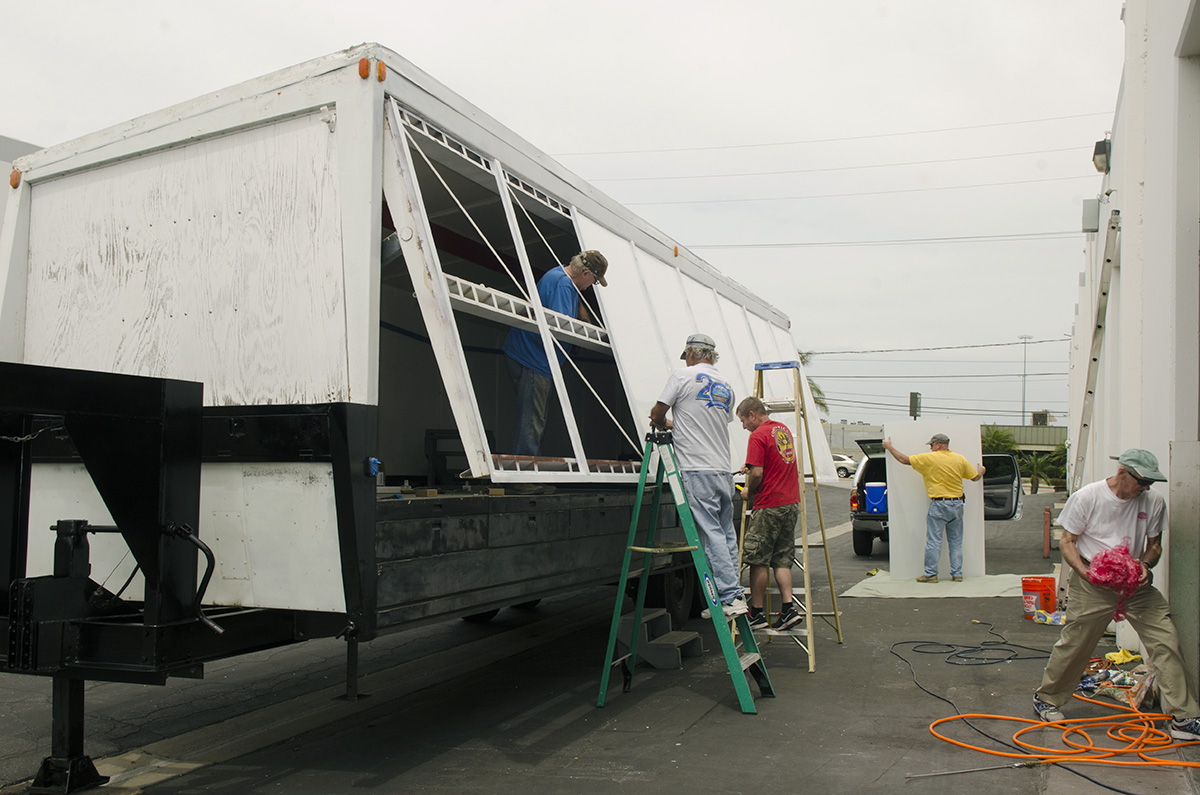 * Many thanks to to Bill Fox, who designed, built, and attached the new hitch.
** Thanks to our renovation crew: Don Sawday, Bill Fox, Ken Brown, Mike Lynch, Bob Raemer, Doug Grieve, & Pat Mullen.