About the Long Beach Community Band

Founded in 1947 by James E. Son, the Long Beach Community Band is one of the oldest volunteer musical ensembles in Southern California. Mr. Son, who was a baritone saxophonist in the John Philip Sousa band, joined the Long Beach Municipal Band in 1924. He was promoted to Assistant Conductor in 1939 by Herbert L. Clarke and, following Clarke's retirement in 1943, continued in that capacity under Municipal Band conductors Benjamin Rolfe, John J. Richards and Eugene La Barre, before retiring in 1953. Mr. Son also served as instrumental music instructor for California Public Schools for over ten years during the 1920s and early 1930s.

In the early 1940s Mr. Son established the Long Beach Veterans Band, to give veterans who were returning World War II via the Long Beach Navy base a place to make music together, welcome their fellow veterans home, and perform for the many post-war celebrations being held at the time. By 1947, as the post-war duties were winding down, Mr. Son saw the need to expand the role of the Veterans Band to include non-veteran musicians, of whom there were many around Long Beach looking for places to play. With this in mind he transformed the Veterans Band into the Long Beach Community Band. Now in our 71st year, the Long Beach Community Band continues to provide a wind ensemble experience for volunteer musicians of all ages in Long Beach and neighboring communities, performing a wide variety of music at events for all seasons in Long Beach and around Southern California. 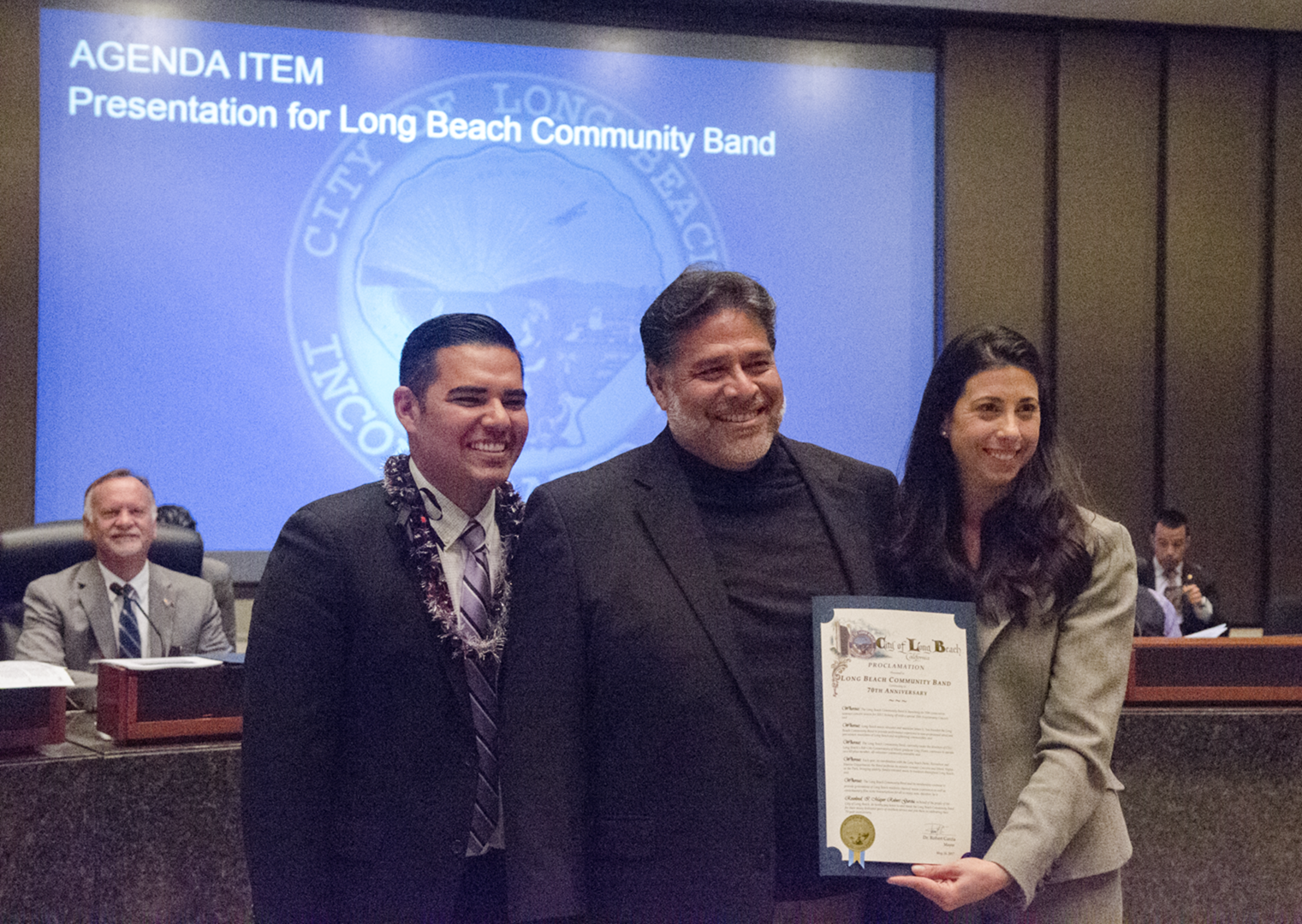